José Miguel Ramírez Alonso (Pomi) was born in Madrid in 1967. After finishing his primary education and advanced testing, he decided to forgo university studies and instead embark on a journey with his two dogs. Together they explored France, Tunisia, Algeria, and Morroco (later research trips also included visits to Thailand and Senegal). On this adventure Pomi sought exotic scenes to serve as inspiration for his paintings and sculptures. The trip fulfilled the artistic anxieties he struggled with at the time.

After a brief stay in Granada, Pomi returned to Madrid with the intention of creating an innovative canine center without compromising his artistic interests. His creativity and dedication to animals and nature finally resulted in the Miraflores Canine Center. Founded in 1989 and operated by Pomi along with his business partner and wife, María Llorente, the center has since served as a school and luxury residence for dogs.

Pomi’s artistic core defines not only his personality, but also the continual development of his Miraflores ranch facilities. In his own words, ‘I never stopped painting or designing. Now, my canvas is my ranch, a seven-acre painting.’ 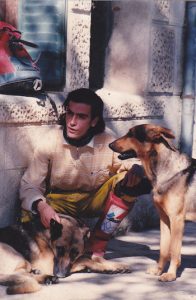 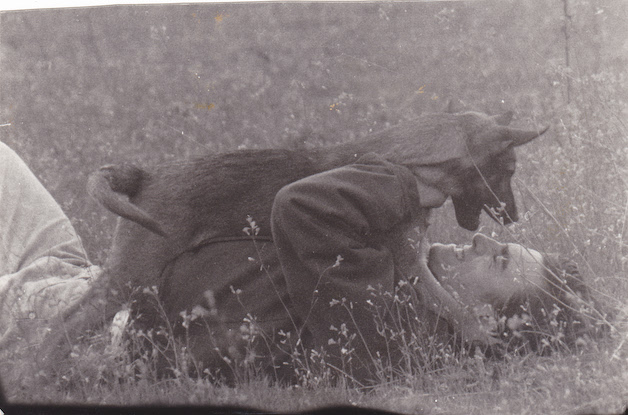 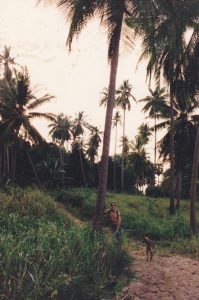 Over the next fifteen years, Pomi founded and co-directed the athletic group Ras and organized and competed in events that tested skills such as Agility, Race, RCI, and Mondioring. During this time he also organized numerous courses geared toward the use of dogs in the workforce. Students included nationally and internationally renowned professionals. Twenty-two years were spent leading obedience courses for both pets and professional animals such as those used in the police force or with firefighters.

The last ten years have been dedicated to the rescue and rehabilitation of abandoned animals along with the writing of his book, El Chef Canino - Comida para perros. The majority of the book’s proceeds are donated to animals in need through protectors, shelters, associations, and private projects.

In 2011, Pomi collaborated with Cesar Millán, ‘The Dog Whisperer,’ on the program El lider de la manada for Channel Four. Pomi and his daughter Zoe appeared alongside Cesar in the program’s ten episodes. In 2012, they partnered again to create Leader of the Pack for National Geographic TV. This series was filmed at the Centro Canino Miraflores over the course of three months. Now, the author and composer returns to the television screen with Channel Four with the newly launched program, Amores Perros.

All Pomi’s business endeavors, including the Centro Canino, his book, and his CDs, serve as a medium for helping abandoned animals. Part of the proceeds from each project are donated to animal rescue efforts. As he always says, ‘I’m my own NGO.’

This year Radio Dog will be re-released amongst other creative projects. Another new musical project is in the works, this time directed toward elephants. Other upcoming plans include a new book, and a new children’s TV series about animals. Pomi continues as the director of the Centro Canino Miraflores, now known as the Dog Psychology Center SL.